As a company almost ten years old, we have created policies and processes for all areas of our work. With the onset of new privacy regulations in May 2018 we have also updated our privacy policy. It’s evolving as you would hope, but this is where we stand on the important issue of our customers privacy.

We don’t retain customers details for anything other than sending out invoices after a project has been completed, and communicating regarding changes and revisions to a film, or planning the shoot days.

Are you concerned about appearing in a film we have made? Email us here and let us address any issues.

We do not have a newsletter database of any sort (as we believe they can be ineffective and inconvenient for customers to keep receiving). We also don’t pass on any of our customers details to any other databases, companies, or individuals (as much as they would like them). The only place we retain our customers personal information is on Xero accountancy software, and they take security and privacy seriously. More details are here: https://aws.amazon.com/compliance/gdpr-center/

When filming we aim to receive the consent of everyone we film or photograph. This can be written confirmation (a release and consent form), a verbal agreement on camera, or assumed consent- such as if it is a large venue with hundreds of people in the crowd.

We make ourselves known in every filming situation. The presence of lights, camera, and microphones draws attention. But we also put signage up at public events and get any public speakers to explain we are filming, and to make themselves known to us if anyone does not want to be filmed.

We are aware that some filming situations are much more sensitive. Schools, prisons, young people in the care system, or sensitive business information are all areas we are familiar with and either follow our own procedures or those of our customers depending on the situation.

Once a film has been made and it is public, someone featured can request to be removed but this would need to be discussed with the person who owns the film- our customer. It’s good for us to find out the reason for concerns as they may be able to be reassured.

It is possible our customer may refuse to remove someone from a film depending on the circumstances, and if it is editorially justifiable. Each individual case would be taken very seriously.

If the film has been online for a few years and the customer is no longer contactable but it was uploaded to the internet by them, it may be impossible for us to delete the film without requesting it from the platform it is on. For example, a request to remove a film from YouTube due to a breach of privacy can be done here: https://support.google.com/youtube/answer/2801895?hl=en-GB

If anyone has appeared in one of our films and has concerns, first and foremost you need to email us at studio@bellyflop.tv with a link to the film and a brief explanation as to what your concerns are.

We sometimes use footage from previous films in new ones. This footage tends to be such things as skylines, iconic buildings, transport, or products. If we want to use an interview from a different customers footage in a new customers film, we would always request permission.

We are a Google Local Guide. This means we mainly photograph local businesses and places of interest and upload them to Google. We follow Googles privacy policies which is mainly blurring number plates and faces, along with other personal information. If you believe something we have uploaded to Google breaches privacy then email us at studio@bellyflop.tv and we will react quickly to your concerns. 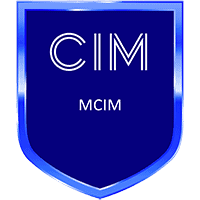 Keep up to date with all of our video marketing info.